A primer for getting started with building a WordPress site and using open-source software. 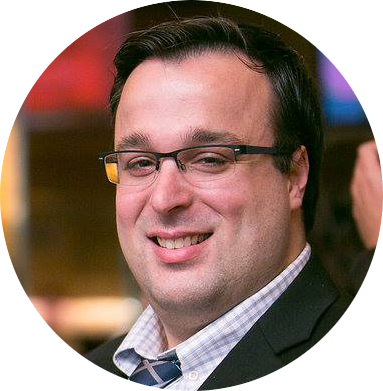 There are 2 types of WordPress, learn which one is right for you and your content marketing efforts.

There’s a good chance you’ve heard of WordPress – because it is the best software for building a blog or any type of website for that matter. It’s also popular because it’s free, and widely supported by developers.  Not to mention, it does the whole website content management thing very well. Don’t just take it from me, recent statistics revealed that over one-third of the web’s most popular websites use WordPress as their content management system and that number is expected to grow.

WordPress is what we call a content management system, and is definitely my CMS tool of choice. Primarily because it does everything I want it to do, including publish this podcast. There are other reasons why I prefer WordPress over other platforms available across the web.  You might be surprised to hear that it’s not entirely because of the limitless features of WordPress. Rather, it’s because I support the concept of open source software development and the democratization of publishing.

Cover Photo modified from a photo by Carl Heyerdahl on Unsplash.  Thanks Carl! 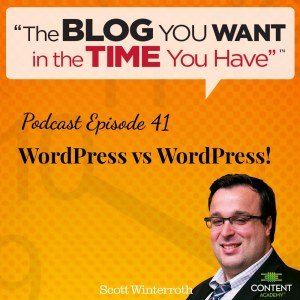 There are two types of WordPress and many new bloggers go down a certain path because they didn’t realize the options. When you do a Google search for WordPress, both the first organic and the first ad results are likely for what is sometimes referred to as the hosted version of WordPress, provided by WordPress.com. Many new users just learning about WordPress go to WordPress.com and open an account.  Pretty easy to get started.

WordPress.com is a fine choice, but I want you to know it’s not your only choice. I’ve interviewed several experienced bloggers on this podcast and they almost all have one thing in common. They use the self-hosted version of WordPress, aka WordPress.org.

I know it’s a bit confusing, and I have a feeling that is by design.  With two types of WordPress and both with the same name, your future is dependent which extension you select. If you go to WordPress.com, you will find the commercial version of WordPress that is backed by Automattic, one of the most forward-thinking tech companies in the world with employees around the globe and at your service.

According to venturebeat.com, back in 2014, Automattic was valued at being worth over a billion dollars. The WordPress.com service is comparable to other website platforms such as Squarespace, Weebly and Wix. Again, all fine platforms that serve a purpose but that’s the catch. They have a purpose and if your idea of a website or blog doesn’t fit into their model then you’re out of luck.

Now, if you go to WordPress.org you can learn about the open source project of the same name.  Here’s a bit of backstory on how we got to today with WordPress.

It’s probably safe to say, what grew Automattic into the company it is today was the open source project called WordPress.   Back in 2003, Matt Mullenweg and Mike Little set out to build a software tool that would redefine blogs, and that it did. Unhappy with the state of blogging at the time.  Starting a blog in say 2005 you had the option of a hosted platform such as blogger or Blogspot where users set up an account on a service and end up with a subdomain blog such as scottsblog.blogspot.com. Users were forced display ads and abide by terms of service of these platforms and overall blogging wasn’t all that serious of a thing at that time.  Keep in mind, this was pre-Facebook era media where MySpace was king.

Alternatively, bloggers could use or create or buy proprietary CMS but that was often cost prohibitive and also you’re never really sure if this thing was going to be around for more than an internet minute.  Nothing like getting your blogging flow going only to find the platform you purchased is closing down or dead.

Then Mullenweg and Little launched WordPress as a fork to B2Log, what we call the open source version of WordPress.  If you navigate to WordPress.org today, you will find the grown-up version of WordPress now supported by a global community of volunteers dedicating their time to building and growing this CMS. A robust program for managing all types of blogs and website that is open and freely distributed to anyone who wants it.

You would think that software that is so powerful and so widely used would be very expensive.  That is exactly not the case, the community that supports WordPress gives it away for free.

Developers and other volunteers from around the globe willingly give away their time and resources to build and maintain the WordPress Project and many of its ancillary products such as themes and plugins because they benefit from the end product they create with WordPress.

Think of WordPress as a foundation, a toolbox if you will, for building websites and blog.

Automattic, the company behind WordPress.com is really just applying the core fundamental of WordPress. Automattic contributes hours and resources to the development of WordPress because they profit from the subscribers of their hosted version. Their only advantage is they own the domain WordPress.com.

When you dig into the true differences between WordPress.com and WordPress.org, the open source version gives you more options and control of your data. What is often referred to as “freedoms” in the community.

You can take the software from WordPress.org and install it on your own domain, hosting and not be tied to the Automattic servers at WordPress.com. You can modify the software any way you would like and you can resell it to anyone who is willing to buy it. When you “self-host” you have more control over the site and have access to more plugins and themes that are not offered on the WordPress.com version.

The main difference between the two is WordPress.com is offering a service that is backed by a company that profits from your membership, and you can access their help at a membership level that is suitable to your needs. The alternative, WordPress.org, is a tool that you can use as you please but you are in charge of your own support.

The biggest difference between the two for most bloggers and online publishers is WordPress.com provides world-class support, which costs money.  WordPress.org is free, with the exception of hosting and a domain name, and its free game to thousands and plugins and themes that are offered by the community to extend WordPress’ functionality.

I’ve used this example in the past for WordPress.com vs WordPress.org.  WordPress.com is like going to a restaurant to have a meal. You can only order off the menu and if you want any add-ons you’re going to pay extra. Or, you can have anything you want so long as you’re willing to pay for it.

WordPress.org is like cooking your own meal at home.  You have tons of options. You’re going to have to go to the grocery store and learn about the ingredients and then spend the time cooking it to perfection.  Time is money also, just depends on your commitment to learning, sourcing for help

Today, WordPress is used for everything from personal blogs to powerful web apps.  It’s really a robust tool that is second to none when it comes to a website content management system.  That is really what it does, it manages your website’s content and since a blog is a content tool it provides the interface for you, the creator, to create posts and are visually stunning and search engine friendly.

My biggest selling point for WordPress.org is that it’s scalable. You can start small, with very little cost to get started and then keep scaling your site to meet your exact business needs.  Since WordPress is a low-cost solution, you can use it to scale your website as your business needs grow. Setup a blog and then decide you need a way to sell products, no problem with a wide variety of e-commerce plugins.   Need to build a marketing funnel to capture more leads and you don’t want to pay an absorbent monthly fee just to create a landing page and lead capture form. WordPress can help you get that done.

I’m a huge believer in The Lean Startup Methodology as outlined by Eric Ries in his book of the same name.   Since most blogs today are either a part of a business or are a business, there are lots of ways you can use WordPress to validate your blog idea before you go and spend a ton of money building something that nobody wants.

The good thing with WordPress, even if you do build something that nobody wants you will learn a ton about the most popular content management system on Earth. That knowledge is highly transferable and in demand, so go out and build it, my friend!  If you need help, you know who to ask.

Thinking about learning WordPress and building your own website?

This free (and highly insightful) cheat sheet will help you discover if YOU are ready to create you first WordPress site and amplify your digital impact.

Simply enter your name and email address to receive your copy of 5 Signs That You Are Ready To Take On Your Own WordPress Site by Scott Winterroth.

Take me to the book! 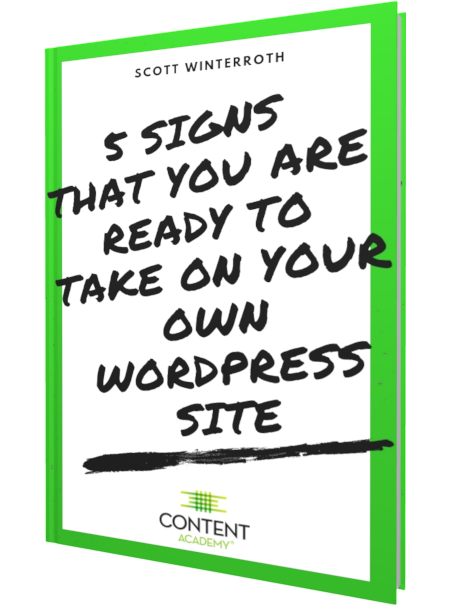 Listen to my podcast at blogyouwant.com for more helpful blogging and content marketing tips.

Not ready to become a Content Academy® member? Subscribe to our weekly newsletter to stay on top of future learning opportunities.